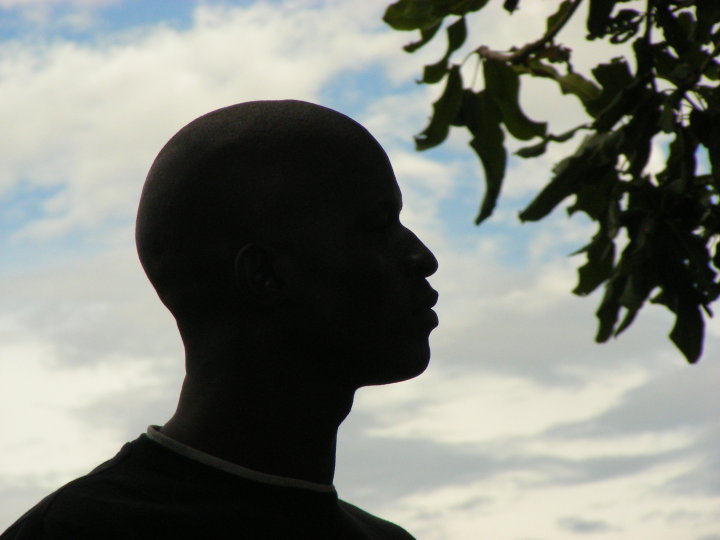 he was in the middle of an Internally Displaced Peoples  (IDP) camp, risking his life to burn charcoal to raise his school fees, mending shoes of his schoolmates in high school, Victor Ochen had no idea that his name would one day appear on the list of the Nobel Peace Prize nominees.

Abia village, Abletong district in Northern Uganda is where he was born in 1981. For many years of his life he didn’t see peace. Idi Amin, Obote 11 Alice Lakwena and her Holy Spirit movement, the NRA and LRA rebels. War was the life he knew.

Hopelessness lingered, security was an illusion, and clothing, medication and other basic needs were a luxury. At the heart of conflict most of his friends joined armed forces. He refused to join because “I wanted a more peaceful way of solving conflict. I told my mother that I don’t appreciate guns and that I shall never join armed forces no matter how many guns were exchanging hands.” guns were everywhere, those that were not abducted by the rebels or recruited by the Uganda Peoples defense forces, joined auxiliary forces- home guards. “My friends were abducted so was my own brother Geoffrey Omara who was 26 when he was taken and we have never heard about him since.” He confesses to have become angry and bitterness clogged his life, war had hardened his heart but real healing began when he started helping the former war victims.

I was curious to know why Victor Ochen and not those guys that sat at the round table for the Juba peace talks were not nominated for the prestigious Nobel Peace Prize.“The nomination surprised me” but the American friends service committee that was tracking his work since 2009 nominated him. This is the same committee that  nominated Desmond Tutu, and Martin Luther King Junior, President Jimmy Carter who are all Nobel peace prizewinners. That in itself was a vote of confidence. When he read the ten-page recommendation that they had made of his work, he was amazed and yet all this time he had no clue that this committee had sent two people to Northern Uganda to scout his work.

What Victor did out of sheer compassion added him to this prestigious list. As a teenager in Abia camp that was home of over 40,000 people, he formed a peace club with his peers in the camp. This initiative angered the elders “Why are you talking about peace that you have never seen?” He was enterprising; he risked his life to burn charcoal to raise his school fees. Then later he joined secondary school and could barely afford time to do his charcoal business so he became a cobbler, he used to repair shoes of kids at school. One day he landed a big job of mending the shoes of the school football team, unfortunately that money was stolen. His hard work and favor from the teachers saw him through high school.

Victor’s heart was home even when he worked with straight talk foundation in Kampala, interacting with the people in the field made him realize that the people of northern Uganda wanted more than hand outs but wanted and deserved more. That is when he left his job and started the African youth initiative Network. This initiative mobilizes communities especially the youth to pursue peace and human rights, reconciliation. They offer psychosocial support to the former victims of conflict, most of who suffer severe emotional pain and struggle with forgiveness, they have also supported over 5000 people with reconstructive surgeries especially the women whose lips were cut off, the initiative also supports income generating activities, have formed 100 peace clubs in schools and universities in northern Uganda and over 6000 young people have gone through the peace building and transitional justice programme.

When all is falling apart and giving up is an option, “Victory Stories like that of Michael keep me going when everything is working against me.” he remembers Michael a survivor of an ambush that left 22 people dead. Although Michael had not been abducted, he was badly wounded and his parents were only waiting for Michael’s turn to die. For what its worth, they had abandoned him to stay in a hut away from their main hut. That is when the AYINET team was visiting that Victor met Michael. He was stinking because his wounds were rotting yet his parents didn’t have any money to take him to a hospital. “I had seen a lot of cases but Michael’s case kept me awake, I took him to Lacor hospital, but buses didn’t want to take us because the stench was too much” The doctors worked hard and Michael began to recover. Several weeks down the road, Victor made a phone call to Michaels’ father. In turn, the father called the elders to prepare for Michael’s funeral. When his father got to Lacor hospital, Michael was playing with other kids in the hospital compound. “The man cried out aloud”

About forgiveness, justice, and reconciliation, he believes that before the government declares that they have forgiven anyone, the victims should have a say because they know what exactly they felt. Victor thinks that the Kony 2012 video was a blatant lie that offended the people of northern Uganda as it was glorifying war.